In 2017, the Inter-Agency Standing Committee (IASC) published the second edition of its guide Women, Girls, Boys and Men. Different Needs – Equal Opportunities: Gender Handbook in Humanitarian Action (2017), explaining the necessary gender approach in all humanitarian response, showing that the two fields are closer than never and marking the efforts made in this direction for the last two decades. Traditionally, while referring to
gender, the history of humanitarian aid traditionally privileged the image of women as victims. The newest scholarship is breaking with this pattern. In a first time, research recuperates the hidden stories of women in the humanitarian, and the contributions of Linda Mahood and Tarah Brookfield mark an important step in this direction. In a second
time, historians, but also political scientists, sociologists, anthropologists, are willing to explore the humanitarian aid through the gender lens. Their effort takes looking into how socially constructed practices dictated the assignment of specific roles, hierarchies, responsibilities and expectations to men and women working in the humanitarian effort,
but also how structural unequal gender roles present on the field, among the beneficiaries, undermined or even completely compromised humanitarian actions. Recent academic encounters (Gender & Humanitarianism. (Dis-)Empowering Women and Men in the Twentieth Century, 2017, Gendering Humanitarian Knowledge, 2018, L’humanitaire: nouveau champ de recherche pour l’histoire de l’Europe, 2018) and papers (Carpenter
2003, Dolan, 2014; Olivius, 2014, Jones 2013) made already important steps in this second direction. The conclusions drawn from these studies underline the confusion surrounding the term gender, but also the lack of appropriate gender related action on the field. The researchers point out the unilateral, top down, sometimes sterile perspective
humanitarians have, one that ignores the diversity of historical, geographical, cultural, political spaces, as well as local particularities that shaped, negotiated, sometimes disrupted traditional roles and gendered identities.

When referring to the history of international humanitarian aid during the twentieth century, we use Paulmann’s perspective that insists on three major events of the century (WWI, 1960s and 1970s, the end of the Cold War), while stressing out the breaking point marked by Biafra and the emergency of a new, transnational humanitarianism, with
permanent, professional actors. When talking about humanitarian aid in Europe we understand continental and transatlantic mobilization.

Gender regimes in Europe were profoundly transformed by the political and societal changes brought by the two world wars, but also by the fall of communist regimes in Europe. Even so, the European map of equal rights for women remained a heterogeneous, always shifting one. We believe that these disparities have been subsequently replicated
into the functioning of different national and transnational bodies, which later impacted on how humanitarian programs were adjusted (or not) to the specific gender relations of the recipient societies. What are the gender regimes inside the big transnational humanitarian bodies? Are there any differences if compared to smaller national/regional organizations? How did humanitarians, while preparing their actions, document the local forms of gender
inequality, as well as the diversity of forms femininity and masculinity can take? We are thinking about the emergence of subordinated and marginalized masculinities and the evolution of the traditional family model. Last, but certainly not least, what is the dominant feminist narrative present in the official humanitarian discourse when talking about the
necessary gender approach in all humanitarian response?

In the post-colonial turmoil, the European communist feminine mass organizations conducted actions in favor of women in the Global South, an important contribution to the institutionalization of women in development (WID), idea that evolved into women and development (WAD), and gender and development in the 1980s. It is on these premises
that “gender and humanitarian” became an issue starting with the 1990s and the end of the Cold War. How (and if) the humanitarian actions in Europe, after the end of the Cold War, used the experience of feminine mass organizations in projects, if not gender sensitive, at least women centered?

By asking such questions, this conference aims to (re)discuss the extent in which specific gender regimes and gendered constructions helped/diverted/eroded humanitarian aid, having Europe as beneficiary, during XXth until today, but also the how humanitarian professionals implemented gender sensitive politics.

Sources and methodology: Papers relating to the feasibility of conducting research on how gender can be retraced in the humanitarian, given the scarcity (and difficulty to access) of archival materials, and the risk, while conducting interviews to collect women’s and men’s accounts on their experience as humanitarians or beneficiaries, to encounter
stereotyped, politically correct, discourses. How to analyze the way in which/ or if an individual mobilized the variable of gender in his or her work in the humanitarian field, without making the gender issue a must in his/her account. How to empirically measure the response of beneficiaries and the impact of humanitarian aid when local patriarchal
structures and or racist /chauvinistic main stream discourse obliterate the experience of marginal categories? What are the approaches that offer the proper tolls for this research?

Gender and humanitarian projects towards children: We look for contributions that analyze the assignment of specific roles, responsibilities and expectations to men and women working in the humanitarian effort. How do men cope with the history of important philanthropist women and the common belief that childcare activities are strictly a feminine task? Second, did the large framework of actions toward children addressed, formally or not, gender particularities and risks? Third, can we talk about a significant improvement in the results of humanitarian actions towards children after the official endorsement of a gender sensitive agenda?

Paper proposals may come from both PhD students, researchers and humanitarian professionals, specialists in different academic disciplines, including, but not limited, history, sociology, political science and anthropology, economy.

Paulmann, Johannes, “Conjunctures in the History of International Humanitarian Aid during the Twentieth Century”, Humanity, vol. 4, no. 2, 2013, 215-238.

Interested participants should send abstracts of 600 words, in English or French and short CVs to luciana-marioara.jinga@univ-angers.fr by Sunday, December 30th, 2018.

All submitted abstracts should refer to original, previously unpublished research results.
Abstracts should include the following information and in this order:
a) author(s), b) affiliation, c) e-mail address, d) title of abstract, e) body of abstract, f) up to 10 keywords.
The authors of accepted proposals will be informed by February 5th, 2019.

Full papers should be submitted by June 1st, 2019 to be circulated among conference participants, the chairs and the discussants.

The two languages of the conference will be English and French. Each speaker will have 30 minutes to present her/his paper and another 15 minutes for Q&A.

The proceedings of the conference will be published with the financial support of the Grant 748770 — GenHumChild — H2020-MSCA-IF-2016. The final texts of approximately 50,000 characters must be submitted by 10 September 2019.

Lunches/coffee, accommodation (2 nights) and travel costs will be covered by the organizers. 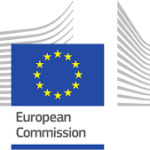 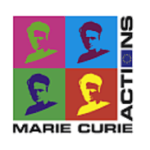