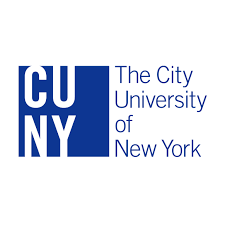 Movements for social change have often preceded or immediately followed periods of warfare. The temporal proximity of social movements and warfare raises several interesting questions. Among others, in what ways have movements for social change been linked to periods of violent conflict? How might war contribute to the expansion or limitation of rights for marginalized and oppressed groups? How does warfare shape the attitudes and strategies of social activists in local, transnational, and global contexts? This inter-disciplinary academic conference seeks to examine these and other relevant questions.

The conference welcomes papers from scholars working on a broad range of topics—from any geographic area or time period—that address the connections between movements for social change and periods of warfare. Paper topics may include but are not limited to:

This is a one-day conference and will be held at the Graduate Center of the City University of New York, located at 365 Fifth Avenue in New York City, on Friday, May 10, 2019.  Individual paper proposals of no more than 300 words and a short CV should be  emailed to Dr. Ron Van Cleef (rvancleef@qcc.cuny.edu) and Dr. Sarah Danielsson (sdanielsson@gc.cuny.edu) no later than February 1, 2019.