Member of the Network, former Carleton sessional lecturer, former staff of the North-South Institute and lecturer at the University of Regina, Dr. John W. Foster, was honoured, October 7, along with three others, with the presentation of a diploma from Chilean President Michelle Bachelet, in tribute “to the humanitarian work …that generously contributed to save lives and protect thousands of Chileans during the dictatorship.” Ambassador Alejandro Marisio declared that “foreign citizens that facing the dilemma between taking action at their own risk or choosing the path of indifference, chose to act and create a network of solidarity, compassion, justice and friendship.” 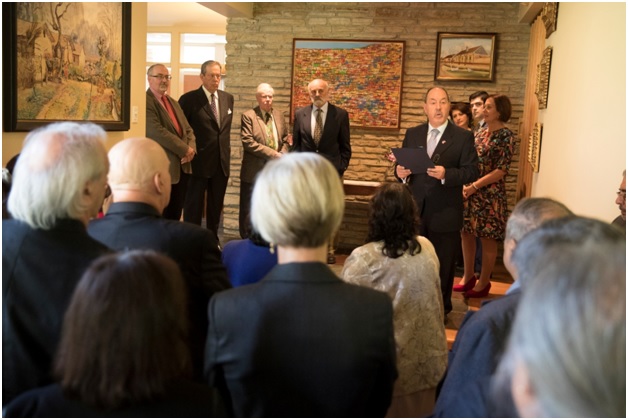 Former refugees during the ceremony at the home of the Ambassador of Chile.

Dr. Foster was noted for “his tireless work and strong commitment on behalf of the respect of human rights in Chile and his active involvement in remarkable institutions like the Toronto Welcome Committee for Refugees, the Inter-Church Committee on Chile and its successor the Inter-Church Committee on Human Rights in Latin America. These institutions, as well as many other along Canada, played a crucial role in educating Canadians regarding the situation in our country and the rest of the region, as well as advocating for the implementation of policies that benefit the refugees and their families and organizing the support network that took care of those Chileans that arrived to Canada with the hope to start a new life in this country.” The Toronto-based Latin American Working Group (LAWG 1966-96) was a key element in these networks of solidarity.

Honoured as well as Dr. Foster were diplomats David Adam and Mark Dolgin “who with courage and a profound solidarity offered protection to Chileans in danger, without hesitation, no matter what the peril or risk that they would face in their life or professional careers”, and Bob Thomson, noted for releasing controversial cables from the Canadian Ambassador and thus “created awareness about the situation in Chile and allowed the Canadian people to know the truth about the suffering of thousands of Chileans.”

The Ambassador concluded “their actions, along as the hard work of civil society groups, committed citizens, parliamentarians, journalists and public officers, created the necessary scenario to bring persecuted Chileans to Canada and also contributed to an overall review of the Canadian immigration law, especially refugee policy.” 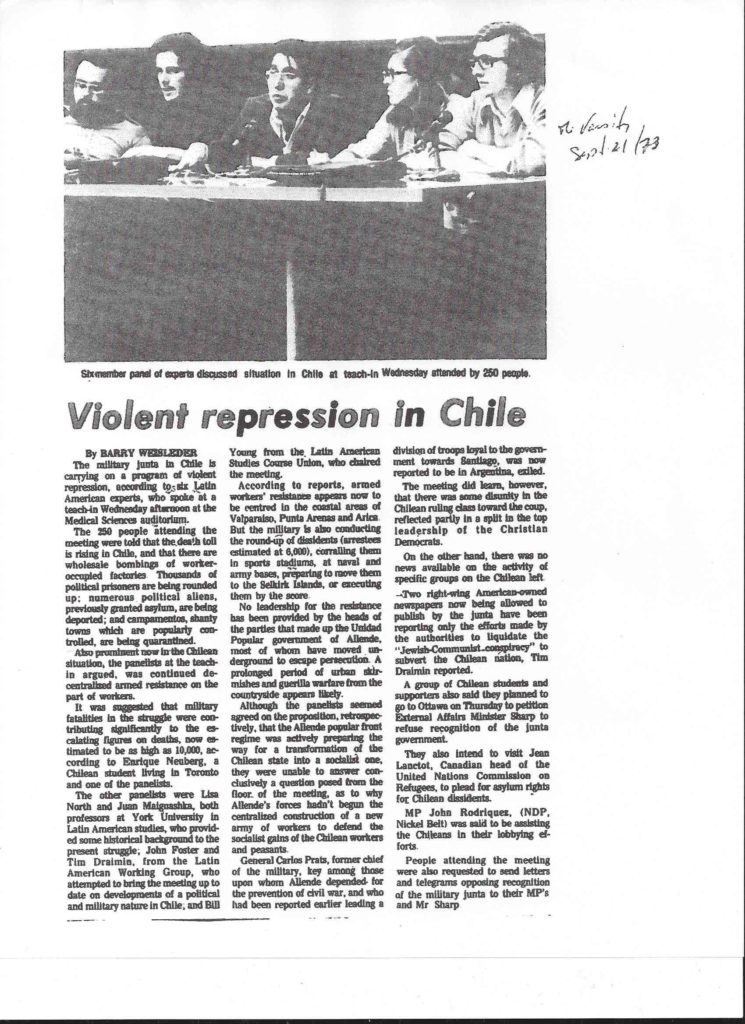 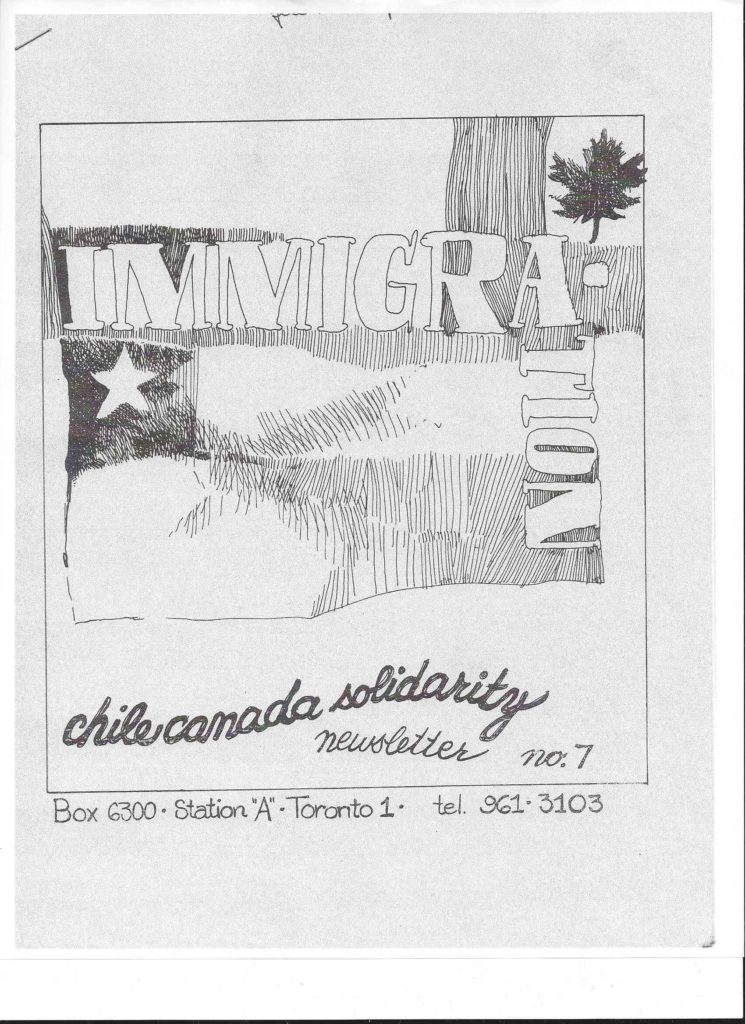 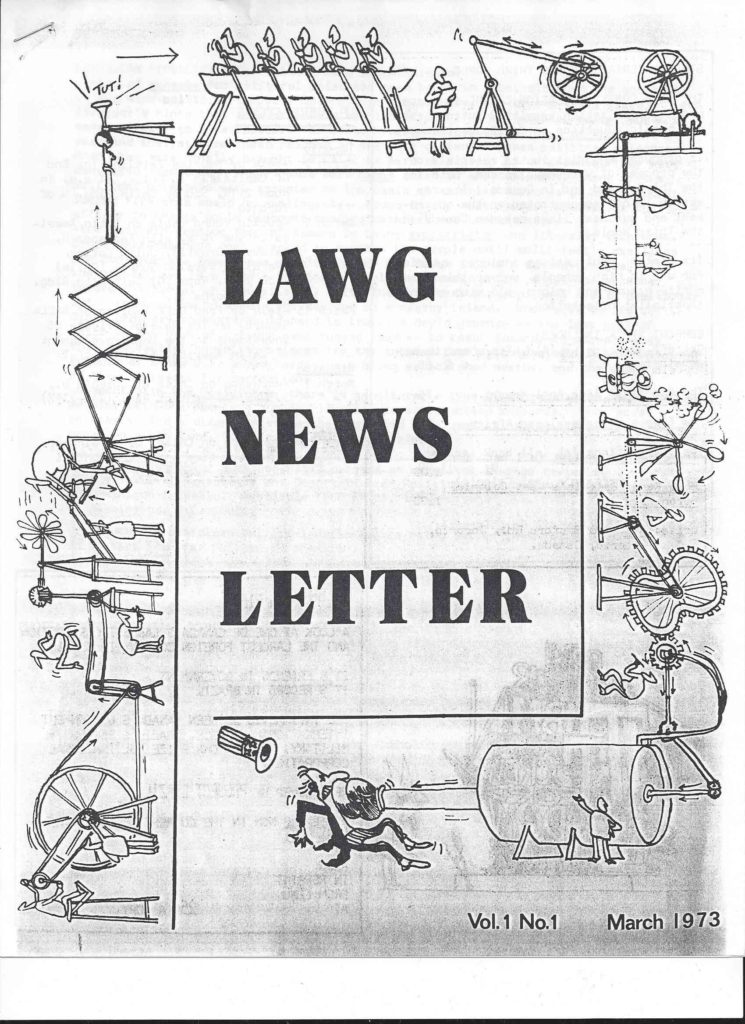 On Thursday February 16, I was at York for the launch of the LAWG collection.  […] the event which […] quite wonderful. I attach the ribbon cutting moment, with Prof. Lisa North of York and Caese Levo, former LAWG librarian, both of whom have been instrumental in organizing the collection.  We are so lucky that CERLAC negotiated space and is hosting. 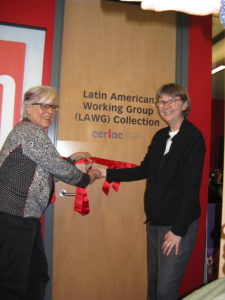